My bike: more NOS parts for my build

Recently I have been trying to work on a couple of restoration parts and unusually I have thrown the towel in on both parts but for different reasons.

First up is the radiator, it was pretty clogged up with dirt and I could see a few damaged fins, after a good clean, de-grease and all round scrub I could see what I have to work with plan to sit down and un-pick the bent fins. It soon became apparent that not only was this a pretty hard it was going to be extremely difficult to get it to look uniform as the damage ran in to the core. I was also concerned that I may damage the coolant tubes creating a leak, so I decided it would be best to replace it and keep the old Rad for a rainy day. The new old stock rad was found on German ebay but there are a few around so availability is not to much of a problem although the rising prices are... 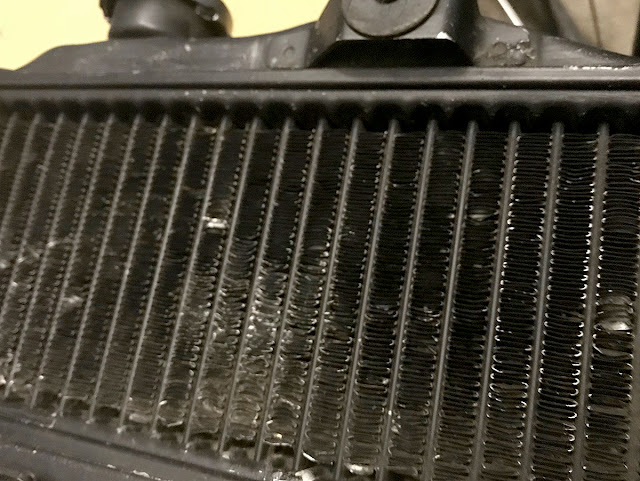 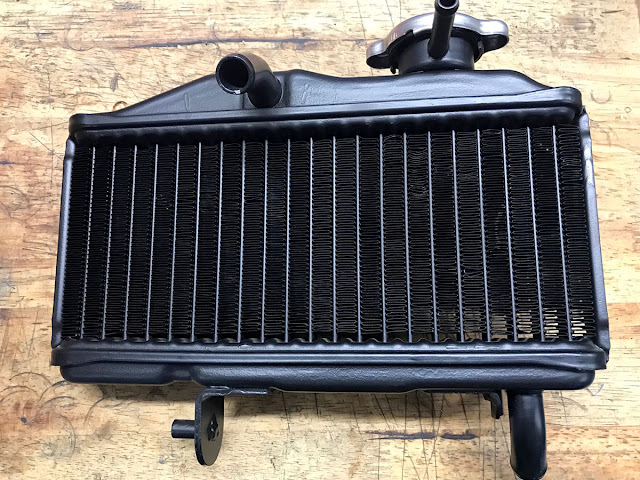 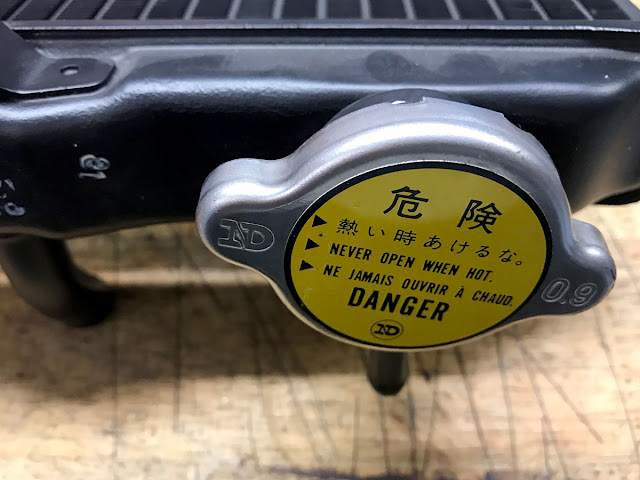 The next problem was the rear carrier, now the carrier is good its just the powder coat was gloss rather than the satin black I requested. I returned the carrier to the powdercoaters for re-painting and unfortunately it came back with a massive paint build up in the carrier area. I spent some time sanding the runs down and finishing with a fine wet and dry then I tried to blend it in with primer and satin black spray, again this is ok but quite disappointing. The problem with powdercoating is that it is hard to get off. It is done with an abrasive blast (usually sand or glass) and this can damage metal and deform it and I was unsure if the rack would be happy to get blasted for the 3rd time.
Checking on www.cmsnl.com I noticed they had a NOS carrier and as I needed a few weird fixings I decided to bite the bullet and get it, problem solved. I also ordered a new tool tray and strap, as well... why not! 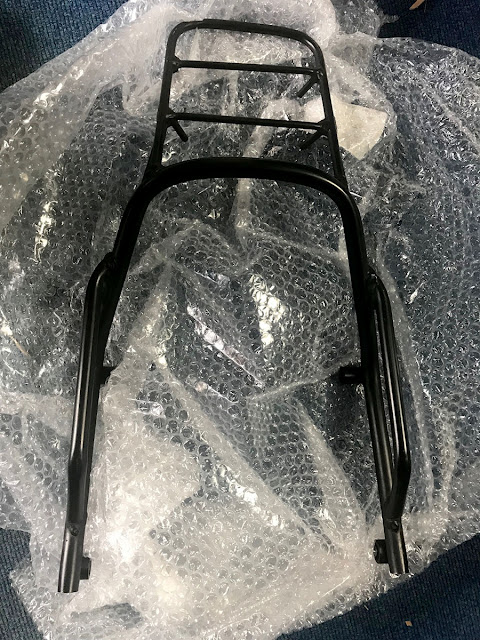 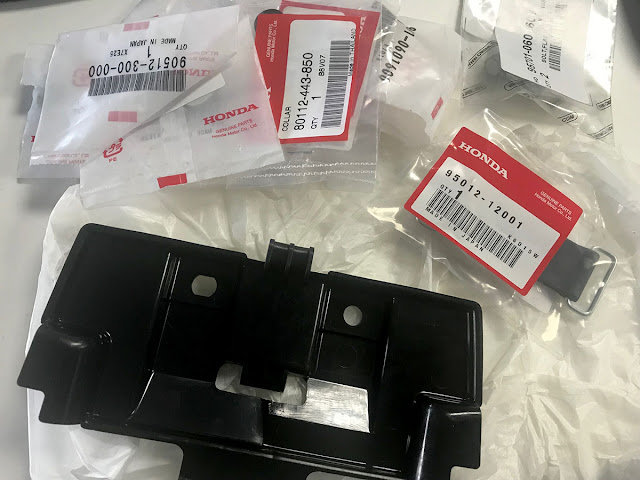 Email ThisBlogThis!Share to TwitterShare to FacebookShare to Pinterest
Labels: my bike, NOS, restoration