Here is another MBX restoration from Dene Gorfin, he has previously done a stock build bike which you can see here. This time Dene wanted to put another bike together from parts he had left over from his previous build and not worry about it to much. I’ll think you agree it turned out pretty cool, especially with the NSR wheels!

""I’ve still got my white one and have decided to have a go and do another if I can source the bits as some stuff seems impossible to get i.e. twin calipers and fork legs for twin brakes for instance. I’ve got quite a few parts left over from the white one so that’s a good start and got a frame a month ago which has just come back from the coaters.
Just thought I’d drop you a few pictures of my latest which I finished off yesterday (when I say finished just needs a spring for back brake switch and some more fuel line) mainly using up spares from my previous MBX build, thought I’d build a ratbike to ride in winter but now decided a bit too good for that cant face the thought of riding it through salty roads."" 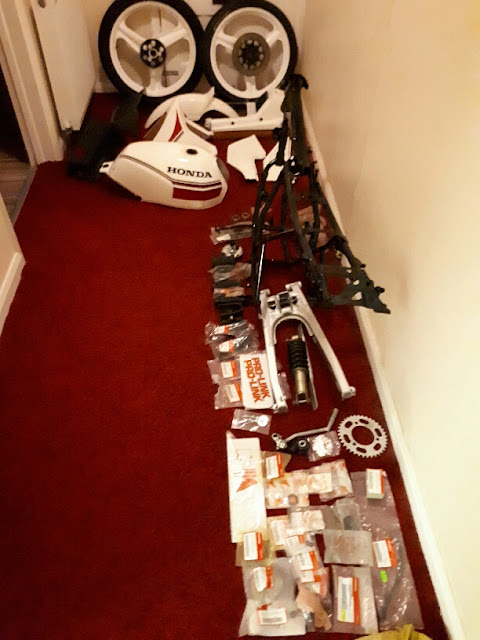 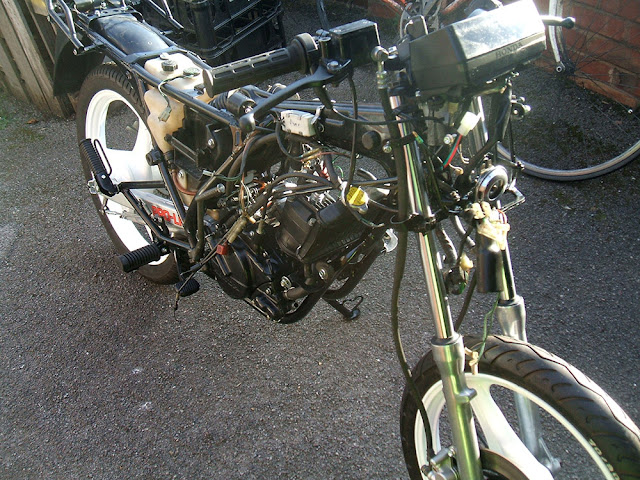 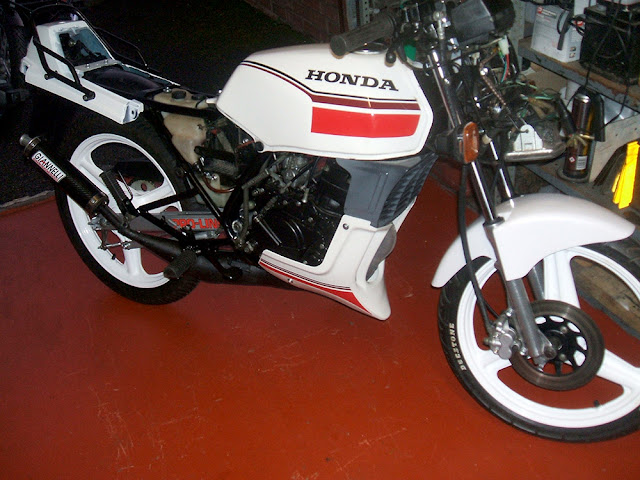 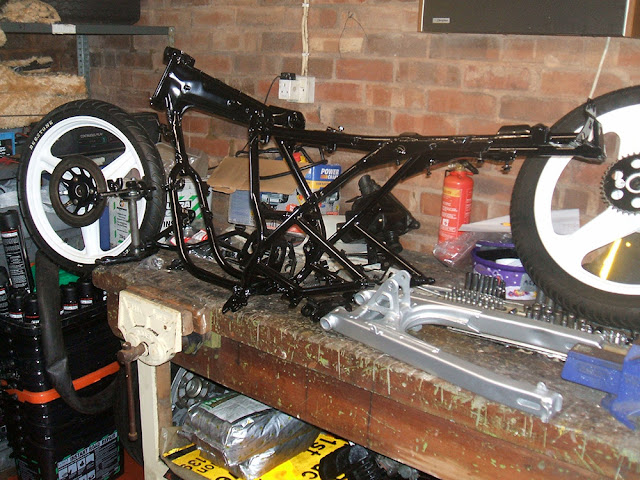 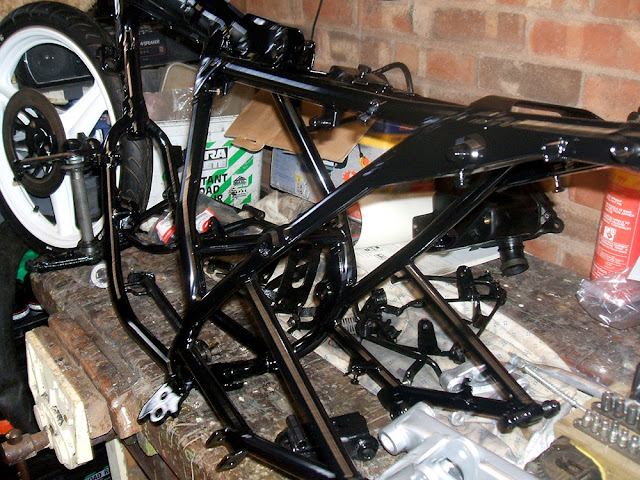 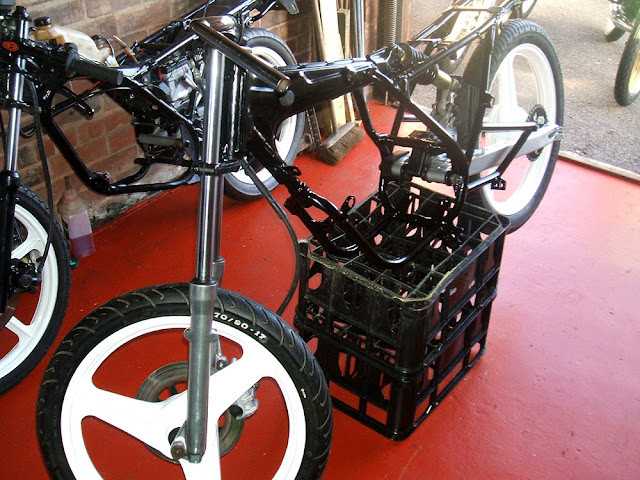 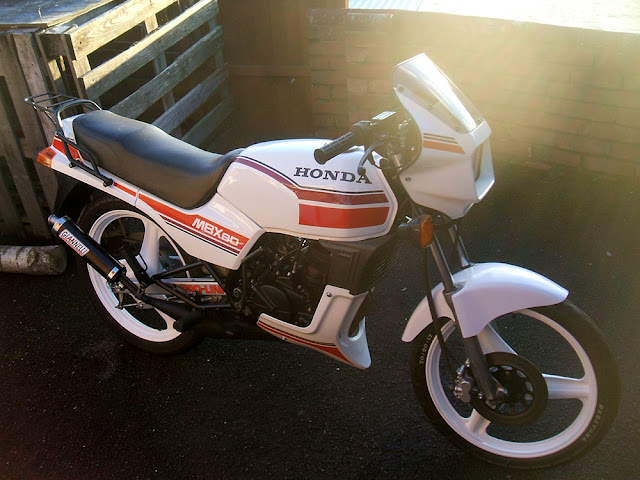 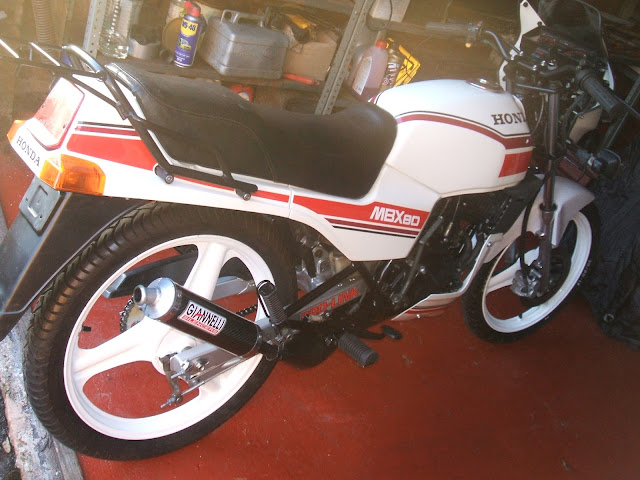 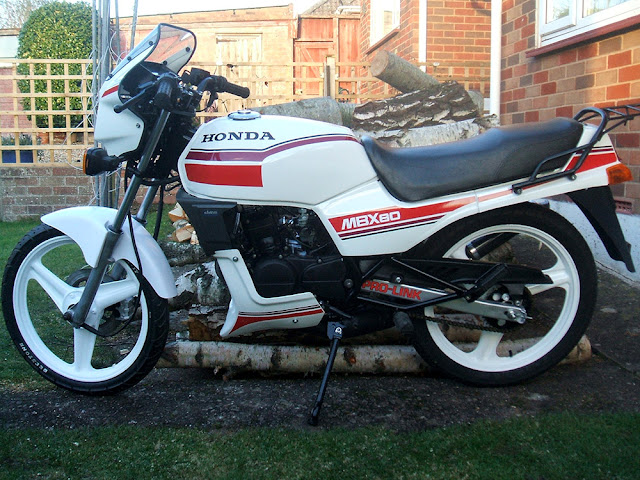 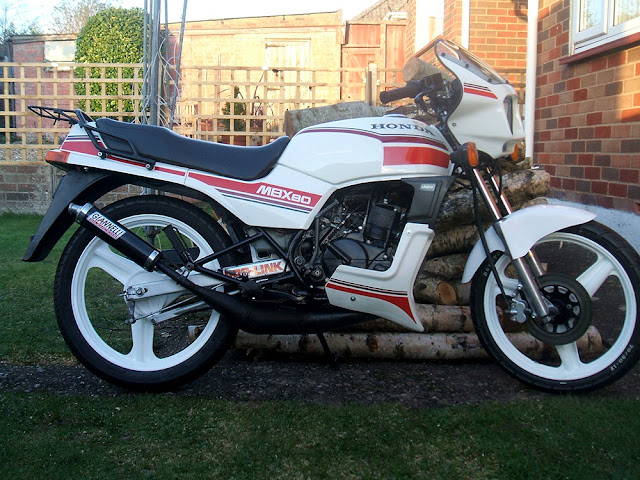 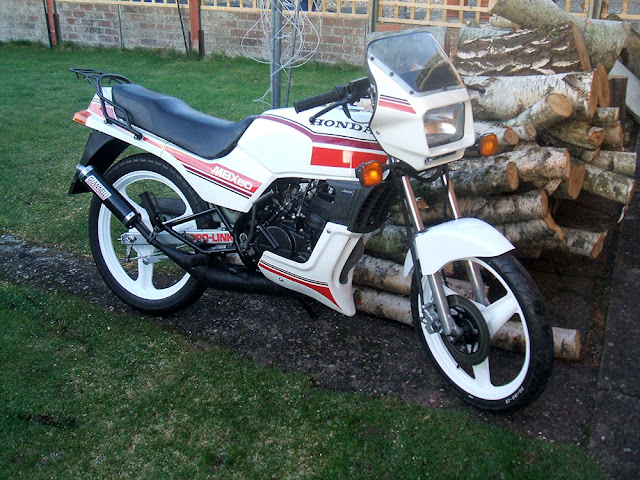